PLANET MARATHI- Over to MELBOURNE -IFFM 2018


With great pleasure we share this news, that PLANET MARATHI takes another step ahead in its journey which started only last year and lands in Melbourne to witness the Indian Film Festival of Melbourne starting form 10th August 2018. 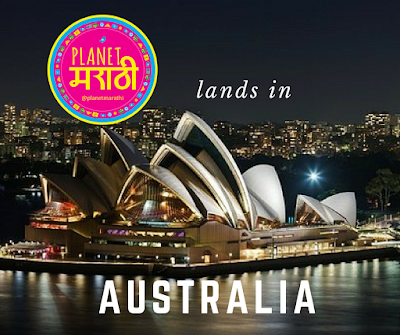 Indian film Festival of Melbourne considered to be one of the pioneers of the International Film festival dedicated to INDIAN FILMS has given Media Accreditation to PLANET MARATHI, wherein Planet Marathi would be supporting and covering the regional content directly from the fest.

As quoted and shared with Media in the IFFM report:


Minister for Creative Industries, Martin Foley said “The Victorian Government is proud to support the return of the Indian Film Festival of Melbourne - this year with the powerful theme of inclusion. More than just a celebration of cinema, the festival continues to build on the strong ties between Australia and India through its dynamic screen program and its outreach to Melbourne’s diverse communities.”

IFFM Director Mitu Bhowmick Lange is thrilled to announce BMW as the sponsor of the 2018 BMW Short Film Competition, providing an invaluable platform for aspiring and emerging filmmakers to showcase their work. The winning entry will  be shown at screenings throughout the festival, and the winning filmmakers will be flown across the globe: the Australian winner to India, and the Indian winner to Australia.

IFFM Director Mitu Bhowmick-Lange commented: : “ It’s a delight to have BMW come on board as sponsor of this important competition that offers a real gateway to Indian and Australia filmmakers to stellar careers.”


Taking place from 10-22 August with ‘Inclusion’ as its unifying theme, this year’s festival explores the richness of contemporary cinema from India and the sub-continent, from Bollywood extravaganzas, to studio and non-studio dramas exploring the new face of modern Indian society, documentaries, and for the first time, a program of films for children. 60 films in 22 different languages will screen over 22 days.


The opening week coincides with the Indian Independence Day celebrations and the festival is thrilled to commemorate this event through ceremony, dance and the recognition of excellence in India’s film culture. Celebrations will include the raising of the Indian flag on Saturday 11 August at Federation Square, hosted by Rani Mukherjee, followed by the Telstra Bollywood Dance Competition in the afternoon and the star-studded Westpac Indian Film Festival of Melbourne Awards at The Palais Theatre on Sunday 12 August. 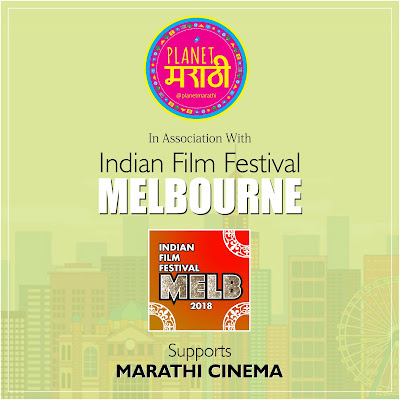 This year the festival is screening four Marathi films namely REDU, CYCLE,CHUMBAK & NUDE. All the movies have a different storyline than the usual scripts and touch the chord of human heart very strongly.
Marathi movies have always been known for their rich and unique content .
These movies depict various images of our life in different circumstances. 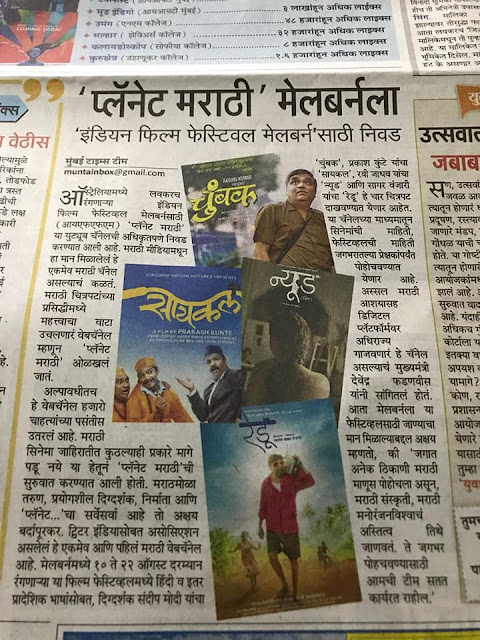 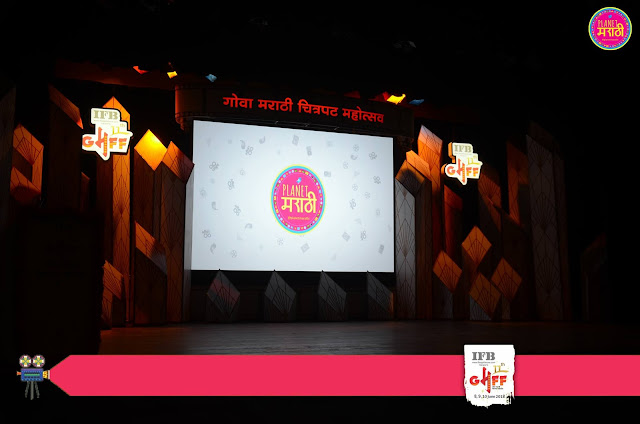